Pipes, the heart of Henco

Without a doubt, the heart of our comprehensive range is Henco’s multilayer pipe. It is available in different versions: bare, with a sleeve, with insulation… Click here and learn more about our pipes.

Henco’s multilayer pipe offers all the advantages of metal and synthetic: 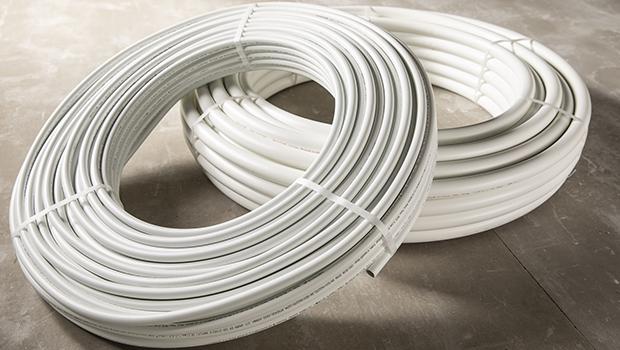 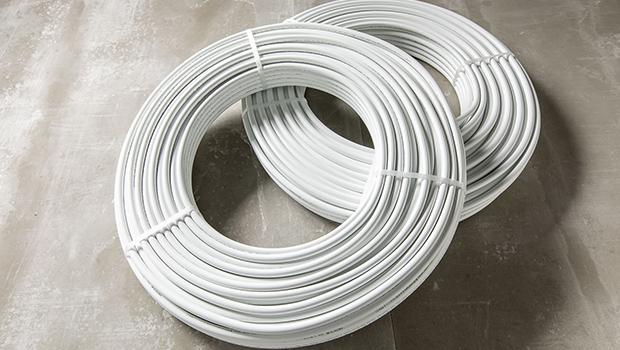 Henco produces a multilayer pipe, consisting of an aluminium core and an inner and outer core made from cross-linked polyethylene (PEXc). The cross-linking process makes the polyethylene even stronger and more durable and resistant to high temperatures and pressures.

Electron beams are applied to the pipe, creating cross-connections between the molecule chains in the PE. It is a physical process that is indicated with a capital X (cross-linking) and a lower-case c (physical cross-linking via electron beams): PE-Xc. 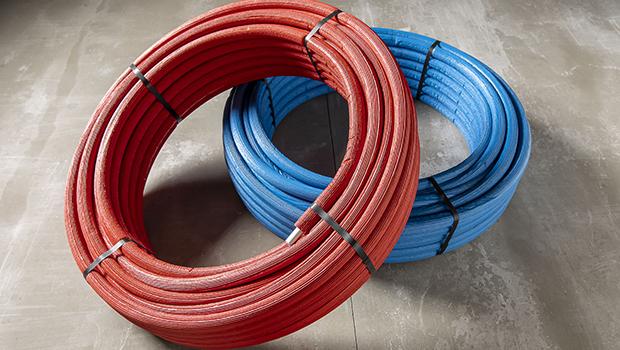 A multilayer pipe is equipped with round insulation made from expanded PE foam with a closed-cell structure. The PE foam ensures thermal insulation and has a robust and vapour-proof PE outer layer in a red or blue colour. It protects the foam against damage, thus maintaining the product’s insulating properties even during rough construction work. 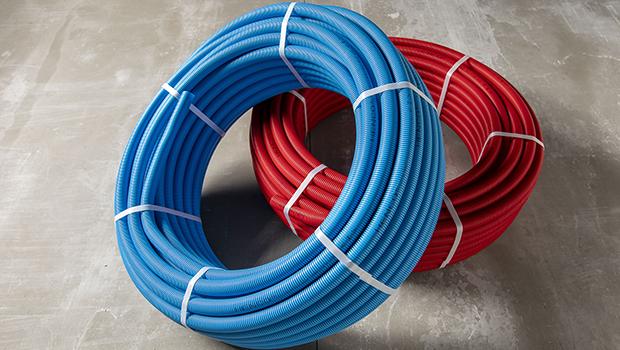 Multilayer pipe in a protective pipe

The Henco multilayer pipe in a corrugated pipe. The protective pipe is made from polyethylene and provides extra protection for water- and gas-transporting pipes, while carrying out the construction work. This protective pipe is available in various colours. 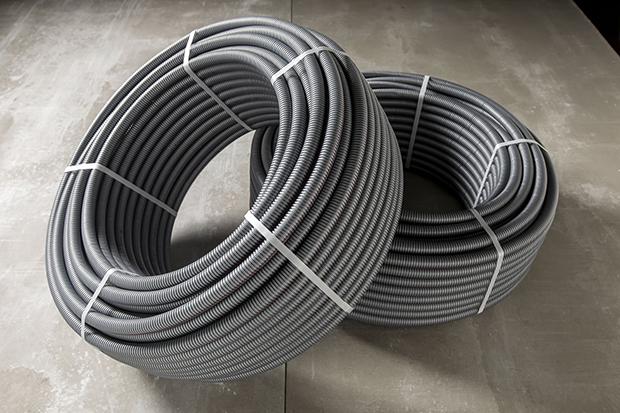 The Henco Combi® consists of two Henco multilayer pipes, both equipped with a protective pipe. The two protective pipes are locally connected to each other, allowing you to roll off two pipes in a single motion.  The locally perforated connections ensure that the two pipes can be easily separated. A red marking on one of the corrugated pipes indicates the supply pipe. 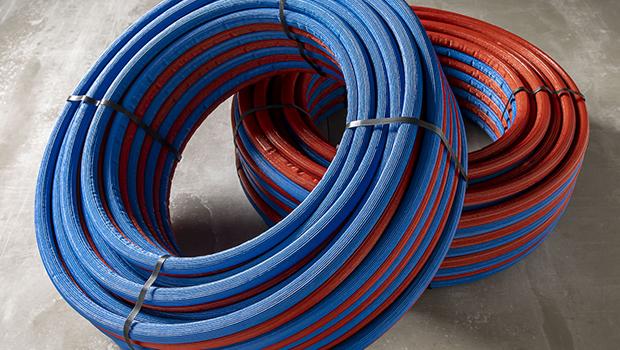 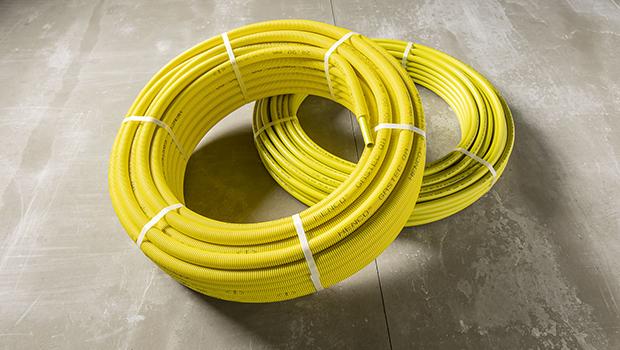 Henco multilayer pipes, with or without a protective pipe, are allowed as gas pipes, in countries where a Henco gas label and certificates are available. In addition, the pipes and protective pipe must have a yellow marking or yellow colour. 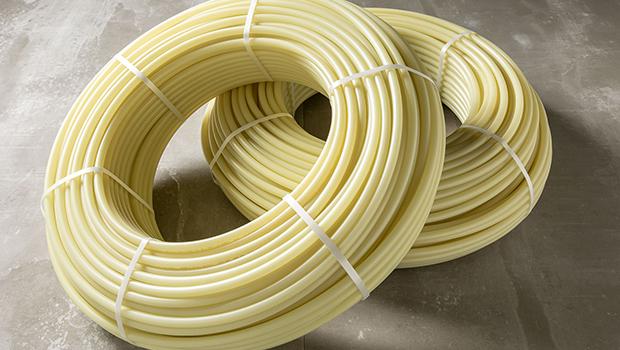 Depending on the application, the Henco solid synthetic pipe consists of five layers or a single layer. The five-layer pipe consists of an inner and outer layer made from polyethylene, cross-linked using electron beams, and an inner core made from EVOH, serving as an oxygen barrier. This pipe is used for (underfloor) heating as well as sanitary installations. In addition to the PE-Xc version, there is also a PE-RT version.

The single-layer pipe, made from cross-linked polyethylene, is used in some countries for sanitary applications, and is often equipped with a protective pipe.