On friday, 21th february of 2020, Henco inaugurated three new art pieces at her site in Herentals. These art pieces are the result of a collaboration between Henco and KunstBaan, a non-profit association. This association uses art as a way to include people with a mental disorder. Under the guidance of Laura Van Winge, our three artists Marcel Gios, Eddy Van Houtven andSonja Meir were able to deliver some nice works.

The outrol of this project happened in several phases. After the immersion of Laura into the world of pipes and fittings, the young entrepreneur took a look at our waste products. For example, some pipes or fittings that don't meet our quality standards and are therefore useless in the market. Laura  came up with six designs, Henco chose to realize three of them. Internally, our employees could vote for their favorite art works. Laura put up a planning and gathered Marcel, Sonja & Eddy, a team of regional artists.

Sonja, a resident of OC Clara Fey, located in Vorselaar, put her schoulders under this project, together with Marcel and Eddy, two residents of a non-profite association Den Brand. During the first three weeks of december of last year, the three musketeers  brightened up our headquarters. The whole team of KunstBaan got to know Henco and the production of its factory. Besides the creative experience were Marcel, Eddy and Sonja also able to get to know the office life. 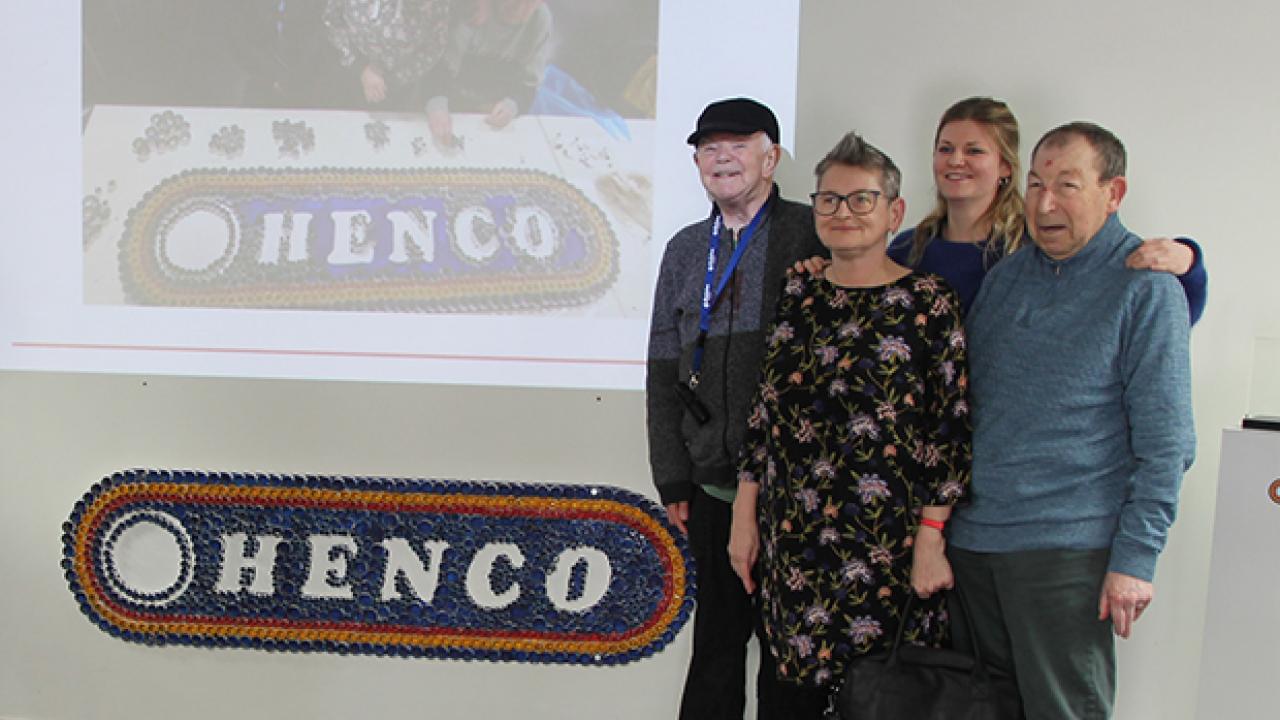 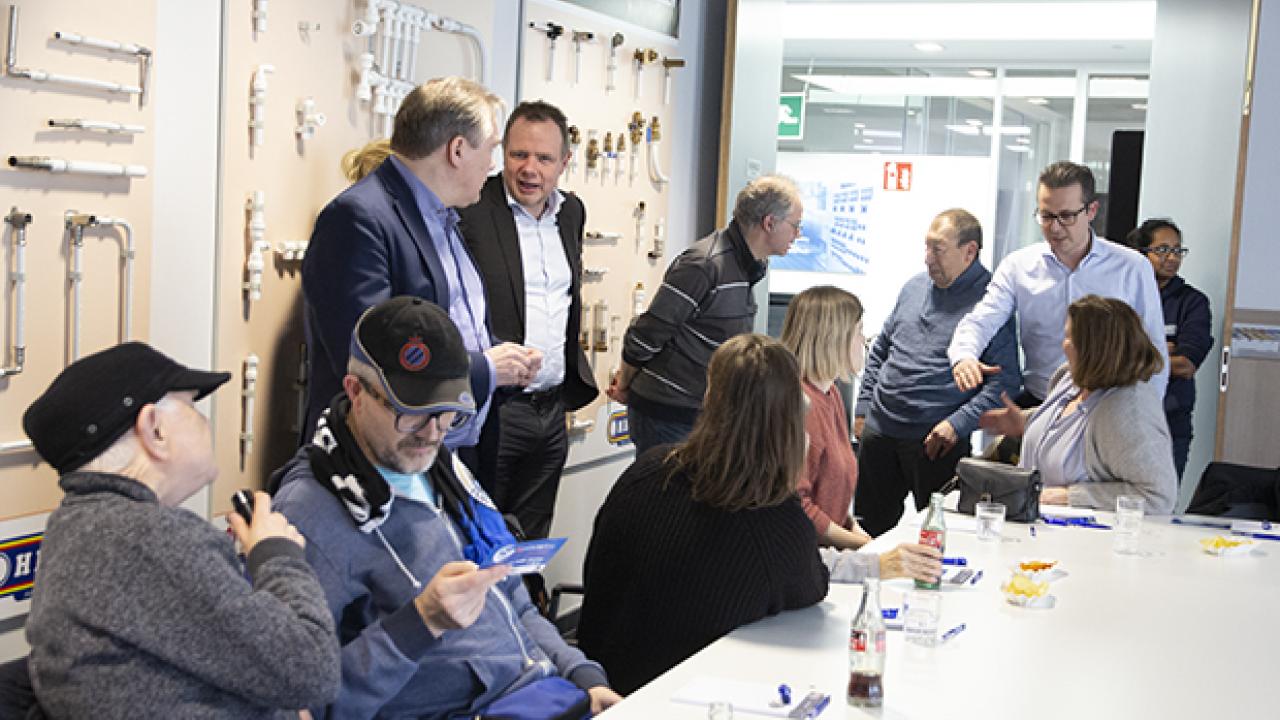 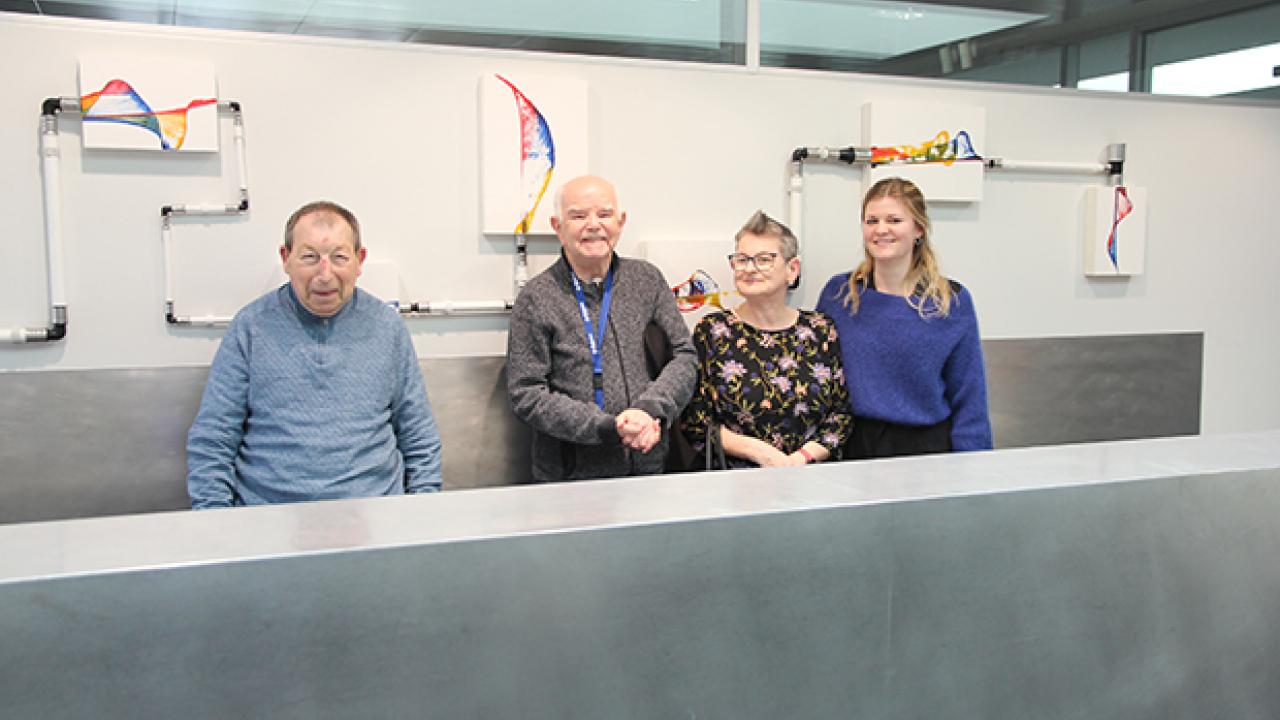 The first piece of art exists out of multiple pieces of pipes, Tube Bubbels, that symbolize the logo of Henco. The second work demonstrates the connection between human and pipes and is called 'The spiral'. In the last piece, the artists managed to give an image of the invisible flows that are present within our pipes.