First Rotterdam is the name of redevelopment of the Weenapoint site and the former construction center opposite the central station. The new building consists of a rectangular block with a height of 35 meters  with a tower of 130 meters on top. It contains about 40,000 m² of offices, 400 m² catering spaces and 185 underground parking spaces.

A huge job for installation and climate engineering 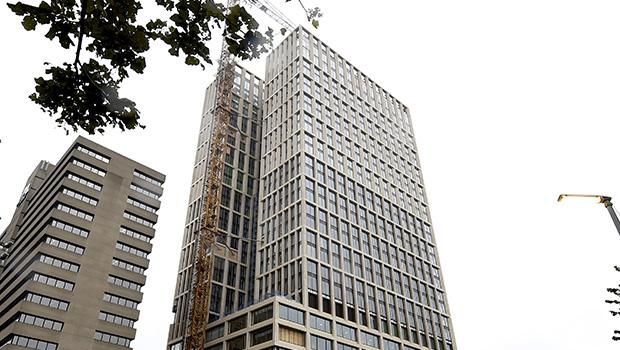 Plastic instead of steel

Initially, only steel pipes would come into the project. But in consultation with the client and Henco it was decided to also use plastic piping system. In particular, the distribution piping above the climate ceiling proved suitable here. And not without reason; Since the lead time of the construction project was short, they looked for optimisations. Partly by choosing multilayer pipes from Henco they have been able to make this happen. With engineering, coded standards have been developped with as much repetition as possible. This pipework is custom made by Henco

Frank van Gijtenbeek, Key Account Manager Installation Technology Henco: 'Collaboration, and then directly in the preliminary phase, has proved its worth here. It concerns the prefabrication of, among other things, thousands of pieces of pipe that can be delivered to size, including curved bends. Thanks to a joint effort, a high degree of efficiency has been achieved and that has led to obvious benefits.' 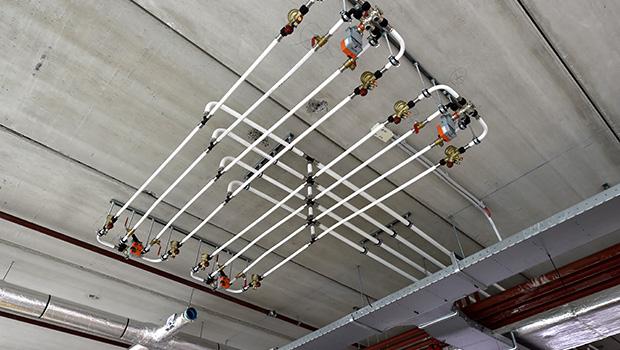